My Log 272: Quebec minister’s visits to Algonquin communities takes me down memory lane from 50 years ago 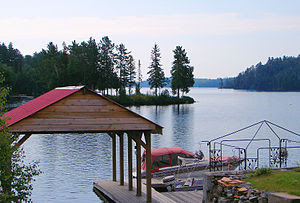 
Some news has come across my e-mail that the Wolf Lake Algonquin community in Quebec has been given a grant of some $200,000 by the Quebec government to rebuild a camp located on the shore of Lake Kipawa, which will be developed into a centre for ecotourism.

Wolf Lake is a small community of people who live in what used to be called the Hunter’s Point settlement, on an island in the middle of Lake Kipawa, and is one of nine Algonquin communities in Quebec, seven of which I visited over the years when I was more active.

I made a trip around these communities in 1969, when I first started writing about native communities as a reporter for The Montreal Star. My guide was the chief of Timiskaming band, Mike Mackenzie, who was interested in signing up as many of the Algonquin people as he could to become members of the Indians of Quebec association, in which he held some executive position. Mike had been for many years a worker in the paper mill in Temiskaming, and he took me not only by plane to the community of Hunter’s Point, but north along the course of the Ottawa river to Ville Marie, and then east by logging roads to the community of Winneway, today an Algonquin village of 461 people which is the site of the Long Point band.

Already as we moved on from one Algonquin community to the next I had become accustomed to the fact that none of them ever appeared on the maps of Quebec, and that their few people --- there are still, even today, only a total of some 6,000 people in the nine communities --- were existing on tiny reserves that had been carved out for them, usually without their participation or consent. I was surprised to find in these remote, hidden places that people were still speaking their Algonquin language, but there was a fairly common assumption in those days that the language was doomed.

Years later, in the late 1980s, when I became involved in the struggle of the Barriere Lake people to defend their traditional hunting territory, which was contiguous with La Verendrye wildlife reserve --- a highly ironic title, since the reserve was and is being clear-cut by loggers --- I discovered that the language was still in use, as it still is today: in short, the Algonquins of Quebec, hidden away for the most part in their nine remote communities, were expected by many Canadians to more or less disappear. But they have defied these somber predictions, and appear at the moment to be on the verge of a comeback.

One thing that struck me in the late 1960s was that almost everywhere we went, even when it was just by some rough logging road through the wilderness, when we would come to the site of an Algonquin community, we would always have to ask where the people lived --- and then we would find them living around some corner, hiding even from the small amount of traffic that passed through their settlement. I remember one such community, known as Rapide-7, where we discovered a beautiful young woman who had been out somewhere for schooling, but had returned to her home in this wilderness where she was doing --- well, what was she doing exactly?

The only two of these communities I have never visited are Grand Lac Victoria and Lac Simon, but I still remember running across some anthropologists or scientists of some kind who had just come from these villages, and who assured us if we wanted to see aboriginal life in its natural state, those were the places to go to.

On other occasions I have visited the Algonquin communities of Maniwaki (known as the River Desert band, or more recently as Kitigan Zibi), and Amos (now known more generally as Abitibiwinni or Pikogan First Nation, a sort of northern outlier on the Harricana river more in the region of Abitibi than the other reserves).

As a result of these travels I have discovered that the history of the few surviving Algonquins is a typically infuriating, tragic Canadian story, but one which lies at the very centre of Canadian history, although it is not mentioned very much in Canadian history books. As a tribe the Algonquins have been divided for many years between the few small commuities in Ontario, and those in Quebec. That is the result of the machinations of the white invaders who worked their way into the Algonquin territories along the Ottawa river as they began the intense logging industry on which white European prosperity in the region was based. First, they displaced the Algonquins whom they encountered living along the river in Ontario, but they had less success in dislodging the northern Algonquins, who lived in Quebec. The people fought persistently for their rights, but were always swept aside by the arrogant governments. Then the government/church tandem decided on the grand gesture of gathering all of the displaced people who had collected around the monastery at Oka into a big reserve at Maniwaki in Quebec. This was a decision of the priests and the government, but it is impossible to avoid the conclusion that its real purpose was to remove the Algonquins from the path of so-called European progress --- in other words, to get them the hell off the land so the Europeans could do what they wanted with the land and its resources.

In this they have not been altogether successful: the northern Quebec communities decided not to join the rush to Maniwaki, and when I asked about that once I was told that they did make a long canoe journey down to Maniwaki on one occasion, but a number of their paddlers fell ill by contracting one of the European diseases, and they then withdrew for good.

After that, the history of, for example, the Barriere Lake people has been a terrible one, a story of white arrogance and greed, and of church and state collaboration which has left the reserve today one of the most impoverished in the entire country, but one that is fighting like a tiger to defend its right not only to exist, but to have some control over the remaining resources from the land that they have always considered to be theirs, land that they have neither surrendered by treaty, nor lost through conquest.

In other words, these Algonquins who have received four visits from the Quebec minister, Geoffrey Kelley, are fighting for their lives. They deserve to be better treated than they have ever been before --- their historical treatment being a virtual template for how not to treat native people decently --- and with any luck, with support from non-native supporters, of whom there is a determined nucleus in Montreal, and with the sheer naked determination they have recently begun to show not to be any longer the doormats for European civilization and its acquisitive values, they will eventually win through to a better life.