An innocent news item I read the other day, that eating fish helps to stave off Alzheimer’s Disease, has reinforced the wisdom and prescience of one of my supreme literary heroes, Bertie Wooster, the employing side of the Wooster and Jeeves partnership immortalized in dozens of inimitable books by the ineffable P.G. Wodehouse.

Readers of the Wooster/Jeeves canon will know exactly what I am referring to, because if one thing is clear from the Jeeves books it is the faith that Bertie has in Jeeves’s amazing intellectual capacities. Bertie throughout the books, whenever he is up against some insoluble problem --- such as how to escape the clutches of the novelist Florence Craye, to whom he was once engaged, and once again finds himself squarely in her sights for another shot at matrimony --- and there is no way out of it by withdrawal or denial, as Bertie only too well knows because Florence is one of those dashed determined, jolly girls who, her mind made up, will not bother to ask her prospective partner, but will simply announce that the betrothal has taken place, and will brook no denial ---- from such predicaments Bertie has been rescued by Jeeves countless times.

And, as anyone knows who is familiar with the canon, Jeeves’s brain --- or grey matter, as Bertie describes it --- never functions better than after Jeeves has partaken of fish.

Thus, it can now be seen that generations ahead of modern science, Bertie Wooster --- working probably as much on instinct as actual knowledge --- unequivocally propagated the medicinal, restorative qualities of fish, to which he attributed most of Jeeves’s most spectacular brain waves.

That modern science has now confirmed Bertie’s findings in the most unequivocal terms certainly comes as no surprise to me or I am sure to many other of the thousands and tens of thousands who worship at the feet of the said Wooster. It is a triumph won in the face of skepticism expressed by most of Bertie’s acquaintances, for whenever he decided to take the bull by the horns, and himself propose some solution to some immense problem or other, his friends were never slow to denigrate his capacity, and therefore his brain power. It may be true that he always had, in the end, to call upon Jeeves’s grey matter for the actual solution, but one begins to wonder, in light of this new information, whether Bertie may not have been so absorbed by scientific inquiry as to give his friends the impression that he had a limited attention span, and not that much concentrated grey matter.

His repeated affirmations in the value of fish as a restorative to the brain surely will put all these doubters to flight, and future readers of the canon will be able to reinterpret the Wooster stories in a totally new light. Hopefully the last has been heard of the ridiculous idea that Bertie was a brainless twit, totally dependent on his manservant to chart his course through life.

Personally, I am revivified by this discovery, and given to reflect about the sometimes cruel verdict of history being at last corrected as Bertie takes his rightful place among the great visionaries of our time. 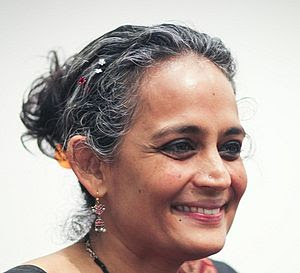 My Log 281: Runaway Train, by Konchalovsky, one of the greatest movies of the modern cinema

It is some years since I first watched the 1985 movie Runaway Train and decided it is a modern classic. Last night I watched it again with a friend, and we were both again convinced that it is a masterly piece of film-making by the Russian director Andrei Konchalovsky.

The story of how this movie came to be made is almost as remarkable as the movie itself. Konchalovsky, born in 1937 of a highly productive cultural family of poets, musicians, film-makers, actors and the like, first studied to be a concert pianist, and only later took to film-making,. He was quite successful in the Soviet system, producing among other epics, a wonderful TV series called Siberiad, but probably chafing under the restrictions of the Soviet system, he went to the United States in 1980, where he spent ten years on various, mostly poorly regarded projects. One has a sense of his hanging around looking for work when he was hired by two wealthy Israelis who had specialized mostly in schlocky films of action, to make a movie from a script written by the great Japanese director Kurosawa.

The resultant film, Runaway Train, was nominated for an Academy Award, both for the wonderful acting performances by Jon Voight and Eric Roberts, and as one of the best movies of the year.

On the surface, Runaway Train is simply an action movie about a train comprised of four linked locomotives, whose engineer has a heart attack, and before falling off the train applies the emergency brakes, whose power is overcome by the greater power of the four engines working in consol. But although this aspect of the film, as the train races through the snow-laden Alaska landscape is memorable and amazingly beautiful, the film is much more than that.

It is rather a struggle to the death between two essentially bad men, a long-term prisoner played by Voight, so recalcitrant that he had been confined in a welded-shut jail cell for three years until a judge ordered him released into the general prison population; and the prison warden, an evil, vindictive man who regards his prison charges as worse than beasts, and treats them accordingly.

When Manny, the prisoner, escapes for the third time from the dreadful prison, with the aid of a foolish younger man played by Eric Roberts, the warden vows to bring him back and beat him into submission. Roberts, as young Buck, having helped Manny escape, suddenly decides to go along with him, and the two men, after a long trek through the snow, board this train at a changing yard, and find themselves isolated aboard a train that is running out of control. A third person, a young railway worker played beautifully by Rebecca de Mornay, proves to be on the train as well, having been asleep when the accident happened to the engineer.

The movie is enobled by the amazing performance of Voight as a man brutalized by life, but elevated by such determination never to surrender that even his cruelty seems almost acceptable as a weapon in his struggle against the evil establishment that has always confined him.

When Buck fantasizes about making it to Las Vegas, and disporting himself with money and women, Manny reads him a stern lecture, tells him he will do no such thing but instead will get a job, some small job, like cleaning toilets, and he will stick to it for the rest of his life, as he realizes now that he himself should have done.

Manny dominates and ridicules the younger man ferociously, and when an injured hand prevents him from making the attempt to reach the front engine, where they could push the button that would bring the train to a halt, he sends Buck out to do it for him, and when he fails --- the job is virtually impossible --- he refuses to let him back in the cab. When the young woman succeeds in getting the door open and Buck, totally exhausted from his effort, falls into the cab, Manny kicks him and assaults him brutally, leading to some of the most moving scenes I have ever seen on the screen as Buck gathers himself together to accept that this man he has always idolized, is not really his friend. “I thought we wuz partners,” he says pathetically. Roberts carries this off superbly, and there follows an intensely moving moment when all three people, hurtling to what seems like a certain death, wordlessly come together until they are clutching each other, as they sit in a circle rocking to the movement of the train.

They are rescued from this moment of despair and consolation by hearing the pursuing helicopter of the prison warden, who sends a man down to board the train --- the man smashes to his death --- and then himself accepts the shouted challenge of Manny --- who has by this time made it to the front engine, and has it in his power to stop the train ---- to come and fight it out with him. In the struggle that follows, Manny handcuffs the warden just out of reach of the button that could stop the train. He himself has no intention of stopping the train, because he realizes that would represent defeat, imprisonment, return to the incarceration he vowed he had escaped for the final time. And as a clashing masterpiece by Vivaldi fills the theatre, Manny unhooks the front engine from the others, thus reducing the struggle to one just between him, the rebel, and the warden, the embodiment of authority. He climbs on to the roof of the train, speeding onwards to its inevitable crash, and his death, and raises his arms, almost as if in a posture of crucifixion, as he races through the snow to his gloriously victorious death.

What an amazing movie, using so brilliantly the medium of an action-packed drama, to plumb so profoundly the extremities of the human condition.

Konchalovksy stayed in the United States for almost ten years before returning to Russia, where he has established a successful production house making material for cinema and TV. Among his recent productions have been biographies of such Russian icons as Stravinsky, Prokofiev, Rachmaninoff, Scriabin and Shostakovich. He has found time to marry five times and produce seven children. He acts in movies, directs operas, and is recognized as one of the leading figures in Russian culture.

I wish Stephen Harper could see this movie before he presses on with his insane policy of building more prisons. Not that it would ever reach him.