My Log 266: Beware of what you read: the guys with the facts don’t really want you to know them 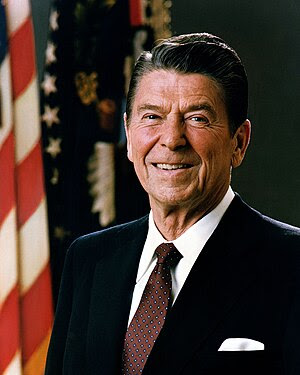 I remember when Ronald Reagan was President of the United States reading a story that said he had decided to cook the books --- in other words, in future new rules would be applied to how the U.S. calculated its unemployment figures. In future, the story said, the official unemploymentrate in the United States would be only about half of the real rate, because of some legerdemain with the way they calculated the figures.

I am reminded of this every time I read an article today about how much unemployment there is in the U.S. Officially, they have only 9.1 per cent of the work force unemployed. But, as so many dissentient economists keep saying, if the U.S. calculated unemployment the way every other nation does, they would be admitting that just on 20 per cent of their workforce are without work.

Ever since the Reagan change the mainstream media has gone along with the changes, reporting straight-facedly figures that they all know are barefaced lies.

An article someone has sent me today from Aljazeera, by Ted Rall the political cartoonist and author, indicates that not only the unemployment figures are cooked but so are most other indicators of economic well-being.

One of Rall’s points is that the bottom line --- that mythical point at which American corporations declare their profit or loss --- isn’t an entirely believeable account of the health even of a particular corporation, let alone of the economy overall. “For example,” he writes, “the Internet search giant Yahoo! saw revenues decline 12 percent in late 2010 yet doubled its profits. How'd they do it? They fired one percent of their workforce. If Yahoo! were to continue this trend, it would soon cease to exist.”

Rall calls in a quote from the Wall Street Journal in support. "While the US economy staggers through one of its slowest recoveries since the Great Recession," the paper wrote July 5th, "American companies are poised to report strong earnings for the second quarter --- exposing a dichotomy between corporate performance and the overall health of the economy."

Most modern economies depend up to two-thirds on consumer spending. But, writes Rall, Consumer confidence, the measure of people's willingness to part with cash to buy goods and services, is in the tank. When 60 percent of Americans rate the economy as poor, don't count on them to buy stuff. They're not.”

Obama’s response had been to transfer trillions of dollars to investment banks, insurance companies, airlines and automobile manufacturers. This was in accordance with pure Reagon voodoo economics (as George Bush senior once called it when contesting the presidency nomination with Reagan) the theory that wealth that is given to the rich will eventually “trickle-down” to the workers and middle class. This theory, a favorite of conservatives everywhere, has been exploded a gazillion times when actually put into operation.

Rall writes that just to keep pace with the growth of the population, it is necessary for the economy to add 1.2 million jobs a year, so when Obama boasted in January that the recovery was underway because 1.3 million jobs had been created in the previous year, he was as they say, whistling in Dixie. Since the so-called economic recovery began, in fact, some two to three million more jobs have been lost, to be piled on to the 8,000,000 jobs that had been lost when the economy collapsed originally. So when the Department of Labour boasts that 18,000 jobs were created in June of this year, they are actually disguising the fact that 82,000 jobs had been lost.

Another shattering fact revealed in this article (which quotes from a website called Shadow Government Statistics) is that if the United States calculated inflation as all other nations do, the real inflation of recent months would be admitted to be 11.2 per cent, which would account for the fact that the real gap between the wealthy and the workers is galloping along at a fine old rate.

At the core of the question when is a recovery not a recovery, writes
Rall, lies the question of vocabulary. Since the 1970s, he writes, American economics have defined a recession as being when the Gross Domestic Product falls in two succeeding fiscal quarters. By this definition, very often a recession is over before it is actually declared to have existed.

“This contributes to a strange reality gap: We are not in a recession until we are in a recovery. Effectively, then, it is rare for the American news media to state at any given time that the US economy is then in a recession. Naturally, this contributes to the perception that newspapers and TV stations lie, and that they do so on behalf of an uncaring regime.”

The message from all this should be: beware of what you read. The guys with the facts don’t want you, the average citizen, to know them.