My Log 398 Dec 31 2013: Excellent Coen Brothers’ film on undisciplined folksinger betrays their lack of commitment beyond merely making a film

I have always believed that film should be a weapon in the class war, that thing that is so unfashionable in the Western industrialized countries these days, because we have fallen so totally into the control of the corporate state. Class war presupposes strong unions, militant protesters, movements at every level of society to get back control of events into the hands of the people.
Defined like that, of course most modern films, especially feature films,  fall short. The feature film industry is dominated by the immense amounts of money required to even get a feature film underway, and to be frank, one can count on the fingers of one hand the number of feature films of the last ten years that could be viewed as fulfilling my objective of being a weapon used for the education of their audiences.
These reflections arise from my viewing yesterday of the newest film from the Coen Brothers, who are masters of film-making, but have always appeared to me to have no other agenda except just to get the films made, regardless of their ultimate social meaning.
Though they deal with socially significant subjects, I usually am left with a slightly empty feeling in that they seem to have no attitude towards the subjects they spend so much money and so much attention, in delineating.
Their newest offering is called Inside Llewyn Davis, a brilliantly made portrait of a folk-singer, who, although talented, keeps  fucking up, if I may be permitted such a colloquial expression. The film is said to be based on the real life of a folk-singer called Dave Van Ronk, with a nod to other folk-singers of the early sixties, including one called Ramblin’ Jack Elliott. I have never heard of Van Ronk (the film’s title seems to have been borrowed from an  album called Inside Dave Van Ronk) and the producer brothers seem to have strained to capture the authentic sound of folksong, by casting Oscar Isaac, a Guatemalan-Cuban-American actor with a folk-singing background, who certainly does a great job.
Ramblin’ Jack Elliott, however, has swum into my ken recently because in the early 1960s he turned up in London, and became a regular performer at the Troubadour café, about whose early years I have recenty written a small book. Elliott was an immediate success with his easy-going, cowboy style. After spending some years in England he apparently returned to the U.S. to find his reputation considerably enhanced by his success in Britain.
The problem I have with this film is that the character portrayed kept making mistakes, simple mistakes, such as locking himself out of his apartment, finding himself lumbered with the cat of friends which he was supposed to be looking after but that he  foolishly allowed to run free, constantly trying to borrow money to deal with the pregnancy of the wife of one of his best friends whom he himself appears to have possibly had some influence in making pregnant, and going off without money enough to support himself on a trip to Chicago to consult with a producer whom he fruitlessly hoped might have liked his last album.  Just errors of judgment at every turn. All of this could have been avoided with the exercise of a modicum of common sense which one would have supposed the character to have, in normal circumstances.
But leaving that aside, the film coud be said to be an accurate representation of the problems of a talented but undisciplined artist caught in a money-obsessed society to whose obsession he felt inimical. Even so, the film-makers’ distance from their character and his peripatetic life seemed to weaken the impact that the film might have had, given a warmer approach.
This reminded me of one other Coen brothers film that I really heartily disliked, the Academy Award-winning No Country for Old Men. This was a portrait of a psychopathic killer who went through life casually killing people, without a single modicum of explanation offered the audience as to what he thought he was doing, why he was like that or any coherent explanation for his unacceptable behaviour. What offended me more than the shortcomings of this film, hOwever, was that Hollywood saw fit to award its highest honour to the film, although it had available the masterpiece There Shall Be Blood, the superb film based on the early chapters of an Upton Sinclair novel about the oil industry. The film was literally a history of early predatory capitalism, and the sort of psychopathic behaviour that went into creating that heartless, killing industry. Graced as it was by yet another marvellous performance by actor Daniel Day-Lewis, this was so obviously a superior product as to make my argument outlined in the first paragraph of this piece. This was a film designed to educate, as well as move and entertain, an audience, and it could not have stood in harsher contrast to the modus operandi of the Coen brothers. That it was the brothers’ offering that was given the accolades was as clear a statement as we will ever have of the underlying social assumptions of the Hollywood industry, even in these relatively enlightened days.


And that is my same reservation about this film. I am maybe hoping for too much, looking for a revolutionary in every director.

Link of the day; Dec 26 2013: Nader calls corporate capitalism “an omnicidal momentum” ….and explains why Americans haven’t got the message

Ralph Nader, in a superb, revealing interview with The Real News’ Paul Jay, casts acritical eye over the history he has lived, and finds the United States fallingbehind the rest of the developed world, largely because they were so spooked byJoseph McCarthy that they became so empirical they were afraid to see the big picture,afraid of being called followers of some dreaded ism, like socialism.  Everyone with a concern about the directionof the modern world should read this interview, here.
(“…even the '60s. Number one, it was the Cultural Revolution, so they couldn't really say ism. You know, they might say wastrelism or, you know, anarchism, but, you know, it wasn't some foreign ideology. The other part was concrete reforms, civil rights, women's rights, the beginning of gay-lesbian rights, the rights of students on campus, and then consumer rights, and then environment. You see how programmatic it was. Everybody avoided linking it together and basically saying, you know, big-time corporate capitalism is an omnicidal momentum. I mean, it just has one thing in mind, and it will destroy or weaken or co-opt anything in its way that is civic, that is democratic.”)


(“The other part is corporations have been very clever in distracting people, especially young generation, with entertainment, with professional sports, turning them into spectators. Now you've got, you know, 24/7 entertainment. There's no end to it. And they've also been very good in making people internalize a sense of powerlessness. And the moment people think they can't fight Exxon or City Hall or whatever, they become powerless by definition. They create their own powerlessness.”) 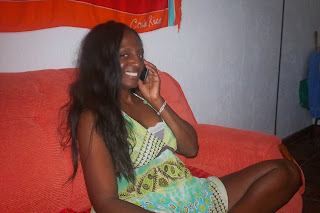 My Log 396: A week in Cuba reveals a nation in good heart, functioning well

My Log 396: Quiet, please:: superb actress at work as Judy Dench plays the role of an elderly woman in search of the son she was forced by the Irish Church to abandon as a teenager