My Log 241: Wonderful French novel lays bare the brutality of the First World War, and provides a sensitive portrait of post-war France

I have just read a wonderful novel by the late French writer, Sebastian Japrisot, known more for his mysteries than for straight novels.

The book, A Very Long Engagement, published by Strauss and Giroux, New York in 1993, deals with a horrendous incident during the First World War, when five French soldiers, convicted of having mutilated themselves, were dragged up to the front line trenches, then shoved over into no-man’s-land on the assumption that the Germans would kill them, and they would die a dishonorable death.

That was the incident, but the book is more about the efforts of various women associated with the five men to discover exactly what happened to them. Essentially it is a disquisition on love, and the meaning of love. The central character is a woman known as Mathilde Donnay who has been crippled since suffering an accident at the age of three. As a teenager, she became the lover of a young man, Jean Etchevery, a fisherman, before he was hauled off in the last days of that hopeless, misguided war, to serve his country. The evidence was that although he hated the war, and wanted to escape from it, he did not deliberately mutilate himself, but suffered an accident that maimed him and resulted in his hand being amputated. His plea that he was innocent, however, was not heard by commanding officers bent of finding scapegoats, and he was forced into a group of 28 convicted men, from which 15, and finally five, were picked for this particularly gruesome end.

Mathilde is reluctant to believe her fiancé is actually dead. So she sets herself to discover the identities of the other four men, and of those who have survived them. Her first success comes when a man approaches her with his story of having been part of the detail assigned to take the men to the frontlines. This man has personally written down letters dictated by the men, which he shares with her. This provides her with addresses that she approaches independently. She discovers she is not the only one on this quest. One woman, in fact, wife of a former convict, has identified the men who made the decision to persecute these five, and has already murdered two of them without giving it a second thought.

So the tale opens out throughout the book, giving rise to graphic descriptions of the horrors inflicted on soldiers during this most terrible of wars. Her researches even take her into contact with members of the German enemy forces, the testimony of the last days of these men building and building inexorably throughout the tale.

Eventually, she learns that not all five of the men were killed: the question becomes, which of them survived. The denouement of the book is dramatic in the extreme.

This is a brilliant anti-war novel, marvelously written, and gripping as much as any mystery novel that Japrisot, the penname of a writer called Jean-Baptiste Rossi, ever wrote. I once read one of Japrisot’s mysteries, intriguingly called The Lady in the Car With Glasses and a Gun, and I have always numbered it among my favorite mysteries. Mr. Japrisot has proven in this book to be a writer of magical strength and maturity, to whom the comparisons made with Flaubert by some reviewers are not out of place.

Link of the day, Robert Fisk joins those commentators who sound a note of warning about the Egyptian army. Read his article A Tyrant’s Exit. A nation’s Joy, in the Independent, London.

Link of the day: Feb 12 2011: Gideon Levy, in a brilliantly insightful article in Haaretz, the Israeli daily, proves that not everyone in Israel is in denial. Read his The Middle East Does Not Need Stability as an accurate description of the politics of this stagnant region, and of how the West is on the wrong side.
Posted by boyce richardson at 8:20:00 AM No comments:

Link of the day Feb 9 2011: In another prescient piece, the inestimable Pepe Escobar, of Asia Times Online, punctures the euphoria of the Egyptian protesters, warning that the torturer is still in power, and the army is the central instrument of unshaken power. A dose of reality for all of us who live in high hopes. “For the moment the army is more than comfortable with Sheik al-Torture running the show. And so are the democrats in Washington,” writes Escobar. 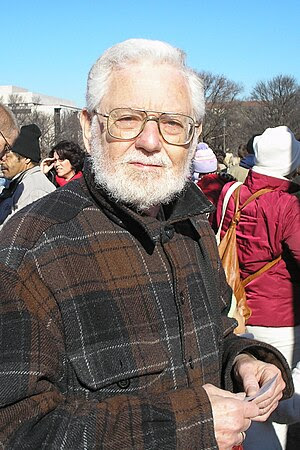 Link of the Day: Feb 6 2011: American radical William Blum ruminates on the fact and myth of American Exceptionalism. “I've devoted a lot of time and effort to the question of how to reach the American mind concerning US foreign policy.,” writes Blum. “To a large extent what this comes down to is trying to counterbalance the lifetime of indoctrination someone raised in the United States receives. It comes in news stories every day.”

(“But war can be seen as America's religion — most recently Pakistan, Iraq, Afghanistan, Somalia, Yemen, and many more in the past — all non-believers in Washington's Church of Our Lady of Eternal Invasion, Sacred Bombing, and Immaculate Torture, all condemned to death for blasphemy, as each day the United States unleashes blessed robotic death machines called Predators flying over their lands to send "Hellfire" (sic) missiles screaming into wedding parties, funerals, homes, not knowing who the victims are, not caring who the victims are, thousands of them by now, as long as Washington can claim each time –- whether correctly or not — that amongst their number was a prominent blasphemer, call him Taliban, or al Qaeda, or insurgent, or militant. How can we reason with such people, the ones in the CIA who operate these drone bombers?”)