My Log 296: Call me an old-fashioned weirdo, I don’t think governments should be encouraging gambling 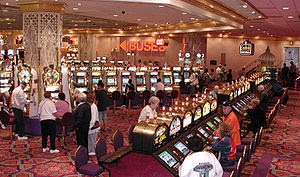 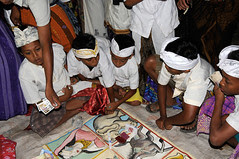 
When I was a very small boy my Dad once took me to our local village racecourse and gave me 2/6, or half-a-crown, as we used to call it (or about 30 cents in currency converted) for me to spend for myself.

Somehow or other --- no doubt with the help of an adult --- I placed my half-crown as a bet on a horse. The horse, of course, lost. And I have never bet on anything else in the 80 years since. Being bitten once with that precious money --- the first I had ever had that I could call my own --- taught me a lesson; that gambling is a mug’s game. I have never even bought a lottery ticket.

(I should add, simply to add some colour to this piece, that horse racing is almost like a religion in New Zealand, where I was brought up, to such an extent that every small village has its own race track, and its own race horses, trainers, jockeys and owners. The annual “races” were certainly one of the stellar events of the year, and in our village, Wyndham, on the Southland plain in the far south of the South Island, the “races” vied with the annual agricultural fair as the biggest event of the year.)

As I am living through my ninth decade, I think I can say that one thing on which old-fashioned political progressives like myself are almost all agreed is that no government should do anything to encourage gambling. Of course, I should blush at expressing so old-fashioned, so outré an idea. But you can spare me the blushes on my behalf. I was well into my adult life before our governments decided they were so strapped for money that they needed to build casinos where their citizens could gamble legally. I first heard of this in the 1960s, I believe, when gambling dens in London were legalized.

A few years later, proposals were launched for Canadian cities to copy some American cities --- Atlantic City, Las Vegas, Reno --- spring to mind --- which virtually owed their existence to their casinos, and to the huge sums of money that poured into them. Also, I might add, to the tens of thousands of gambling addicts whose activities in the casinos had ruined their lives and that of their families. And of course to he mobsters who ran them.

I wrote articles in Montreal opposing these ideas, offering the undeniable truths that casino gambling was always loaded in favour of the house against the gamblers, and was largely controlled by gangsters, who were attracted like flies to a jar of honey. But I was whistling in the dark, as they say, and while Cuba kicked out the casinos and the gangsters who ran them, all over North America and Europe casinos were built, many of them owned and operated by provincial or municipal governments, or, more recently, by Indian reservations.

It has always seemed to me a bitter irony that the economy of native people, having been totally destroyed by government actions over the years, should lately have been rescued by their being offered the opportunity to run this dreadfully damaging operation, a gambling casino.

Okay, I know one could make similar arguments about alcohol, for example. It is undeniably true that the more easily available liquor is, the more alcoholics are produced whose lives are ruined by their inability to handle the demon drink. I find it hard to make a rational excuse for my adopting different attitudes to these two addictive pursuits, except that alcohol has attained a certain level of general tolerance among the populations that gambling has not.

Okay, okay, I know I am an old fuddy-duddy. But in all my travels around the world I have never been in a casino, and I seriously doubt I ever will be in one.

I’m just against government-sponsored gambling, and don’t think we should build a casino in Ottawa.