My Log 291: A somewhat rambling approach to a decision as to the next NDP leader: I am for Peggy Nash first, Thomas Mulcair second 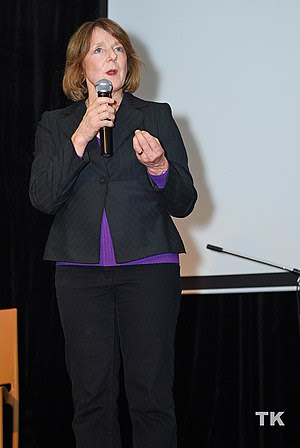 I have recently rejoined the New Democratic Party, hoping to have a vote for the new leader. It seems to me the party is poised at perhaps the most important point in its history, with its recent huge success in Quebec, and the urgent need to consolidate that victory. Only in this way can they hope to dislodge Harper at the next election, whenever it may come.

I have heard a few of the NDP leadership debates, and am impressed with most of the candidates, who seem to be articulate, earnest, well-meaning, and, one hopes, politically astute.

An article in this morning’s newspaper criticizes the NDP for the fact that someone has established a web site denigrating Thomas Mulcair. I suppose it is in the nature of a leadershiop campaign that the various candidates will hope to maximize their attractions by pointing out deficiencies in other candidates. But, as the writer says, it would certainly be better if this were kept to a minimum.

I have been somewhat surprised to find figures such as Ed Broadbent and Roy Romanow entering the lists --- very early, as well --- in favour of Brian Topp. I had never heard of him until he entered this race, and so far as I know he has never been elected to anything, which would make him a rather doubtful candidate to lead the party.

God knows the NDP has had some poor leaders in the past. I remember my astonishment at the election of the unproven Audrey McLauchlan, who turned out to be a dismal failure. I supported Alex McDonough, who arrived in federal politics with an excellent record as leader in Nova Scotia, but she turned out to be less than stellar, also.

So I am far from claiming any blinding insight into what makes a good leader. In fact, I admit I am the wrong guy to make these kinds of judgments, because my inclination is that politicians should stick to their last, should not compromise on their principles (if they have any), and I am not sure these rare qualities actually make an effective political leader.

My inclination is always to favour the most leftward leaning candidate, although I know that in social democratic politics all history tells us that the party is irrevocably caught in a trap constructed by the fact that the ground rules, by and large, are established by the wealth-owners ---- their ownership of the media of information, for one thing, militates against any honest left-leaning politician being able to stick to his or her last. They have to compromise just to get into the political racket, which has resulted in my telling myself over the years that I have seldom known a politician I would be bothered writing a letter to. (I joined the party to get Jack elected, and wrote him six letters almost immediately, but never got a response of any kind, which cooled my enthusiasm.) The whole business is a battle by progressives to find a way of working their principles into legislation that will benefit the disadvantaged in our society, a task that is made almost impossible by the fact that anything they suggest is likely to be denigrated persistently by the media.

So I cannot claim that my preference for Peggy Nash as the new NDP leader is more than a sort of knee-jerk preference from a lifelong leftist, more or less whistling in the dark, based on my knowledge that union-trained politicians can be remarkably effective. I also like Paul Dewar, but would prefer that the leader be fluent in French. Diefenbaker may have proven you can win the nation without winning Quebec, but it is a rare thing, and not a position that I think should recommend itself to the NDP.

If not Nash, then who? My preference would be for Thomas Mulcair. Admittedly, he is a former Liberal, and I always tend to dismiss politicians who change parties in this way, but we are in parlous times: our primary objective must be to remove Harper and his dreadful government, at the next election. So, while many people have taken against the suggestion of one candidate --- Nathan Cullen --- that arrangements should be made with the Liberals and Greens, in advance of the next election, on a riding by riding basis, which would ensure the defeat of Conservatives, who, after all, won a majority with only 39 per cent of the vote, this seems to me to be just plain commonsense, and it suggests I should moderate my kneejerk reaction against any candidate like Mulcair, who has had a previous political life as a member of another party.

I very much like young Niki Ashton, a brash kid who has come forward and given a splendid account of herself, preparing herself for real leadership in some sort of future NDP government.

I discount the media-spread rumours that the NDP under its interim leadership has lost ground: with the election of one of these formidable politicians as leader, the stage will be set for a battle royal against Harper and his half-witted and disreputable gang, which there might be some real hope that our side could win.