My Log 257: Arthur Goldreich dies in Israel : I remember him as a courageous fighter, and a superb orator 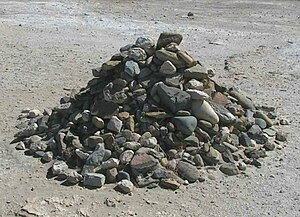 I see that Arthur Goldreich has died in Israel at the age of 82. He was remembered in a Globe and Mail obituary as a romantic revolutionary, but I remember him as one of the most eloquent, riveting orators I ever heard.

He is certainly a man who deserves to be honoured, because he was one of those white activists in South Africa who, in the 1950s and early 60s identified themselves with the struggle for freedom of the black people of the country, who were being treated as worse than animals by the Africaans government and its lunatic policy of apartheid. Goldriech was a rich, Jewish architect, one of a number of remarkable Jews who joined the African National Congress, and did not shrink from it when armed struggle was the only action left open to them.

Rivonia was a wealthy suburb of Johannesburg, where 19 leaders of the ANC were arrested on July 11, 1963 in a house owned by Arthur Goldreich called Liliesleaf Farm, that had been used as a hideout place for ANC leaders. Mandela had previously been imprisoned on various charges, and was not among the 19 arrested, but when the trial occurred he was among the leading accused. It was at this so-called Rivonia trial that he made his famous speech to the court in which he said:

“This is the struggle of the African people, inspired by their own suffering and experience. It is a struggle for the right to live. I have cherished the ideal of a democratic and free society, in which all persons live together in harmony and with equal opportunity. It is an ideal which I hope to live for and achieve. But, if needs be, my Lord, it is an ideal for which I am prepared to die.”

With that he was sentenced to life imprisonment, and was not released until 1990, after 27 years in Robben Island prison. A man of such moral courage that he dictated the terms of his own release.

Five or six white Jews were among those arrested, along with two Indians, and several Xhosa, symbolizing the fact that the ANC programme was for a non-racial South Africa.

Goldreich and his friend Harold Wolpe bribed a guard during their imprisonment who allowed them to escape. They hid in various safe houses for two months, and finally escaped from South Africa by posing as priests. They went to England, and on arrival directly to the annual conference of the Labour Party, which was already underway. That is where I heard them speak to one of the many side meetings that always took place at this conference, where their presentation of the facts of South African life electrified the crowd, especially when presented in the golden oratory of Goldreich.

I interviewed Harold Wolpe after that meeting, and became a close friend of him and his wife Anne-Marie in succeeding months. He has always been my model of what a hero should be. He had been for many years a solicitor who had represented the ANC leaders in the many court cases that were brought against them, often, but not always, for the most trivial offences. He ran through for me the legal history as he had experienced it. It was a shattering story because although they often succeeded in winning victories in court, the apartheid government saw to it that the laws under which they had succeeded were changed so that they could never again win under those laws. One by one, in this manner, the outlets for peaceful protest were closed to the oppressed black Africans, until, if they were to resist at all, no outlet was open to them except armed rebellion. That they formed a wing of their movement devoted to armed struggle was against all their inclinations: in fact, since the party had been founded in 1912, they had always tried to follow lawful and peaceful means to express their programmes, but were prevented from doing so.

At this time I also became a close friend of the ANC’s representative in England, Robert Resha, a man whose only wish in life had been to become a sports writer, but whose treatment by the government, simply because of his skin colour, was so barbarous that he was forced to enter politics if he was to retain any dignity at all. In those days a black man could be stopped at any time and required to produce his pass: Robert was arrested 28 times on pass offences, I remember him telling me.

Goldreich did not linger too long in England, but left for Israel, where he lived the rest of his life. According to the Globe obituary, he was always bothered by the fact that he had never paid the guard the bribe he had promised him, and after South Africa gained its freedom, he returned there and paid off this debt of honour.

Harold Wolpe and Anne-Marie lived for several years in England, Harold became an adult education teacher somewhere in the north of England, and returned to South Africa after liberation. Today his memory is honoured in that country by a Harold Wolpe lecture that is given every year on some important aspect of South African life.

Robert Resha died while still a young man, only 53, before liberation had been achieved. He had lived a most frustrating life, touring around the world trying to drum up physical and political support for the cause of the ANC and African freedom. He was a wonderful man, the only man with the qualities to have become a Prime Minister I ever knew, yet one who could never aspire to such an office. Sadly, he fell into some political disagreement within the ANC, and the occasion of his death was mentioned in the ANC newsletter only in an abrupt two-line item. Some reward for a lifetime given to the struggle. But he was honoured at a special service in St.Paul’s cathedral, presided over by the leftwing cleric, Canon Collins.I have heard that his memory has been rehabiklitated since liberation was achieved. I certainly hope so. His sidekick in the London office, Raymond Munene, a poet, became a professor at the University of California in Los Angeles for several years, and on his return became the champion of Xhosa literature, a professor at the University of Natal, and a writer much honoured for his contribution to the African cause.

I have always regarded my friendship with these men as one of the most important events of my life. They were all people ready to put their lives on the line when the crunch came. Not only South Africa, but all of us, owe a great deal to them and the honorable lives they led.