My Log 260: Air Canada: the perfectly Incommunicado Social System, isolated from their customers, never a real voice to answer a phone 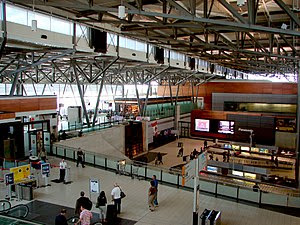 
A few years ago I worked for a few months with a sociologist Ben
Singer, from the University of Windsor, who gave me a copy of a paper he had written called Incommunicado Social Systems. His thesis was that every major entity in our society --- government or private --- was sheltering behind a wall of electronics that effectively isolated them from their customers.

To prove his point, he loved to go into a bank with a cheque which he would demand they cash. Oh, no, sir, we can’t cash this cheque. Of course you can, Ben would sad, let me talk to your supervisor.

Ben knew quite well that by simply picking up a phone to confirm the cheque, they could cash it. And he was prepared to wait for hours until he had persuaded them to do it.

I thought of this yesterday when I was trying to confirm an air booking I made online in March, for next week. I had the ticket, but I wondered if I could either check in, in advance, or book my own seat, and print my own boarding pass. When I got in touch with Air Canada, they demanded my booking number. I gave them two numbers that seemed to be what I had been given as a booking number, but they did not recognize either of them, so I couldn’t take my inquiry further without telephoning them directly.

So I did that, and after hanging on for ten minutes or so was advised that the wait time for a telephone connection would be 45 minutes.

Forty-five minutes! Unheard of. Oh, well, I thought, I will just pop into their booking office downtown and check all this out.

Think again, old man. I discovered to my amazement that they closed all their downtown offices years ago. Their only office in Ottawa is at Ottawa airport, which would require for a guy without a car, a ride costing $30, and another $30 coming back. No thanks, old man.

So it seems Air Canada has fulfilled Ben Singer’s requirements as an Incommunicado Social System. They have isolated themselves into a remote place where they can’t be visited, and further isolated themselves behind a telephone system that doesn’t give a connection.

I tried again today, and although they still rejected my numbers, they did, somehow or other this time print out my ticket, which at least proves that they know about me. As for checking in and printing my own boarding pass, not until 24 hours before I leave am I able to do that.

Twenty-four hours! Don’t they realize that is almost as long before departure as I have to be at the airport just to go through their stupid, pointless, intrusive security checks.

Wow! The modern world., It isn’t like it was when I was a kid riding my bike around a New Zealand village.

Of course, that was almost eighty years ago.