My Log 236:Intrinsic and extrinsic values: what modern politics comes down to, with the extrinsic guys in the box seat 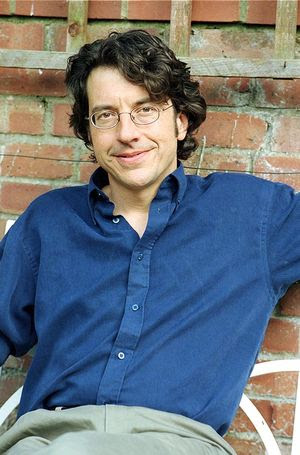 A recent article in The Guardian Weekly by George Monbiot has created a deal of interest among the paper’s readers. Monbiot is actually quoting a psychological analysis of political attitudes outlined in an article for Common Cause written, he says, by Tom Crompton of the environmental group WWF (World Wildlife Fund, unless I am mistaken).

Crompton in his article calls into question the traditional idea of politics that all you need do to persuade people is to produce data, which people will then examine and decide their option according to what best suits their interests.

This idea does not explain how in recent times, blue-collar workers in the United States have started to demand that they be left without health care, and that millionaires should not be forced to pay more tax. Also, the United Kingdom appears to be ready to abandon without arousing significant protest, decades of social progress for which people have in the past risked their lives to achieve.

Crompton, in explanation for these puzzling facts, suggests that psychological experiments have shown that people tend to accept measures that they believe will confirm their identity and values, and reject information that conflicts with them.

Furthermore, he writes, tests in nearly 70 countries show that those who value financial success “have less empathy, stronger manipulative tendencies, stronger attraction to hierarchy and inequality, stronger prejudices towards strangers, and are less concerned about human rights and the environment.”

People with intrinsic values “have more empathy and greater concern for human rights, social justice and the environment.”

Since values are not fixed on our arrival, in other words, they are learned, it goes without saying that right-wing governments, like those of Reagan,Thatcher, Bush, Blair and Brown, tend to solidify extrinsic values, and this is further reinforced by the advertising industry and the media. Advertising, indeed, could be viewed as a ready-made machine for the reinforcement of the sorts of attitudes that result in election of right-wing governments. And a survey of British Social Attitudes over recent decades confirms that there has been a sharp fall in recent decades in public support for policies that redistribute wealth and opportunity.

“Conservatives in the US generally avoid debating facts and figures,” writes Monbiot. “Instead they frame issues in ways that reinforce extrinsic values. Every year, through mechanisms that are rarely visible and seldom discussed, the space in which progressive ideas can flourish shrinks a little more. The progressive response has been disastrous.”

I suppose one could say that the current situation of the media in the US ideally fulfils this analysis: most progressive journalism now is taking place on the Internet, far from the eyes and brains of the mass reader, leaving the mainstream press with its access to the mass of people, free to espouse their right-wing preconceptions in perfect freedom.

Monbiot writes that a response by progressives with their intrinsic values should be to stop trying to bury and hide their values, but to boldly espouse them. “Progressive camapaigners,” writes Monbiot, "should help to foster an understanding of the psychology that informs political change and show how it has been manipulated. They should come together to challenge the forces --- particularly the advertising industry --- that makes us insecure and selfish.”

It has always been the bugbear of social democratic movements that they have had to compromise their beliefs just to get elected, and experience has shown that by the time they get elected, the values they have been elected on have been little if any better than those they have opposed. Thus, democratic socialism has been caught in a self-destructive clamp of its own making.

I have always believed, personally, that politics should be about values, and those who object to the corporate world-view should always make that the centre of their policies. Unfortunately, the people who have been manipulating politics through their mastery of extrinsic values, today hold all the trump cards, as it were, and those of us on the left are left with little space to occupy.

In the United States, recent events suggest the nation is teetering on the edge of what might loosely be called fascism, and I am among those watching from afar, like a rabbit caught in the headlights of a car.