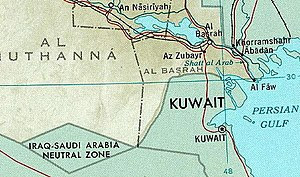 Link of the Day: The lunacy of human beings: Robert Fisk spells out the costs of war in the Middle East in facts and figures that everyone can understand. Read his article Oceans of blood and profits for the mongers of war from The Independent, London.

(“In all, the Arabs sustained a loss of $620bn because of the 1990 Iraqi invasion of Kuwait – almost all of which was paid over to the United States and its allies. Washington was complaining in August 1991 that Saudi Arabia and Kuwait still owed $7.5bn. Western wars in the Middle East, it seemed, could be fought for profit as well as victory.”)