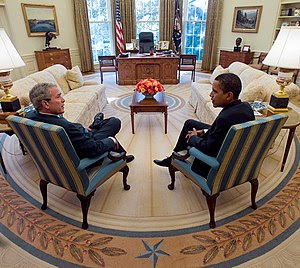 Link of the day Aug 8 2011: We are all wondering “What Happened to Obama?” the question raised in an insightful article in the New York Times by Drew Westen, professor of psychology at Emory University.

(“Like most Americans, at this point, I have no idea what Barack Obama — and by extension the party he leads — believes on virtually any issue….Those of us who were bewitched by his eloquence on the campaign trail chose to ignore some disquieting aspects of his biography: that he had accomplished very little before he ran for president, having never run a business or a state; that he had a singularly unremarkable career as a law professor, publishing nothing in 12 years at the University of Chicago other than an autobiography; and that, before joining the United States Senate, he had voted ‘present’ (instead of yea or nay) 130 times, sometimes dodging difficult issues.”)