My Log 501 Feb 1 2016: Emerging from months of silence: an onslaught on current policies that are destroying the world as we have known it

If there are any regular readers of this site, it may not have escaped their notice that during recent months, as momentous events have swirled around our heads, I have maintained a lofty silence.  Not a word on the Canadian election. Not a word about the so-called refugee crisis of Europe. Not a word about the rise of ISIS. Not a word about the blunderbuss incoherence of American foreign policy. Nothing about the challenge of man-made climate warming. And so it goes on issue after issue.
Since I began this site almost twenty years ago with the intention of having a sounding off place, where I could say what is on my mind, this silence is rather surprising, even to me.  Perhaps it is because I have been preoccupied with other issues: for example, it is getting on for ten months since I fractured my Achilles tendon, which precipitated a sudden realization that I am not immortal. In fact, I am kind of aging, which is to say, I am getting well advanced into the age at which one’s various parts are wearing out finally, and the inevitable end-effect suddenly appears to be not far off.  (Not to worry, I tell myself, we all die.)
Other reasons for my silence could be:
·      that I am old enough to know I have nothing relevant to contribute to the solution of any of these momentous problems, a factor which,
·      allied with my new understanding that no one really wants to hear from a cranky old geezer living through his ninth decade,
·      really does enjoin one to maintain a silence as dignified as one can make it,  (which, in my case, my personal dignity having never before been an issue for me, is probably not a very compelling reason).

Nevertheless, the fact is, that I still have a body of opinions, however poorly based they may be, that do require to be released for an outing every now and again, so here goes:
Last night I watched on Croatian TV the third of three films made, in 1950, by John Ford  about the US cavalry. The film was Rio Bravo, the stars John Wayne, Victor McLagan, Maureen O’Hara, and the theme, I couldn’t help noticing, was the age-old one of the Yankees straightening things out at the barrel of the gun.
It was striking, to say the least, to observe this dollop of American propaganda, the celebration of what President Barack Obama so proudly calls “American exceptionalism” (which he said recently he believes in “with all my heart and soul”), in these historical circumstances, in this case an exceptionalism including the unquestioned belief of the invading Yankees as they moved West, that it was their right to occupy the land they wanted, and to get rid of the previous occupants by killing them and driving them into prison camps or reservations where they no longer had the opportunity to look after their own needs, but at least were out of the way of the invaders.
Although one would never have guessed it from the movie, which showed the Yankee army as a nice little club of singing soldiers, loyal husbands who took their wives and children along with them to the front, while at the same time being insensate killers, one would never have guessed that these guys were undertaking their part of the greatest genocide ever visited by one people on another, that is, the extermination policies conducted by European invaders throughout the Americas, which are estimated to have killed off some 90,000,000 people.
It was amazing to make the jump from that propaganda picture of the founding principles of the United States, which appear to be still believed by most Americans, to what we see in this present day --- the Middle East in flames, as a direct result of American invasions, undertaken under the protection of complete lies told by the government to its citizens, a sort of blunderbuss action that any schoolchild could have foreseen would, at the very least, destabilize the whole region, with unpredictable results.
The overall story, that the United States is interested only in spreading its sacred value of democracy, is one that even an infant class could see through, given that the leading American allies in the region, Saudi Arabia, Egypt, Turkey, the Gulf states, are among the most undemocratic, indeed, among the nastiest, that exist on the planet today, an anomaly that is reinforced in other parts of the world, where insensate dictators like long-running Mubuto in the Congo, and a raft of disreputable leaders in Latin America have for decades been able to rely on American support.
Okay, so that takes care of the global situation, in the broadest terms. Although, broken into its component parts, it provides no less a disturbing picture. For example, Iraq, attacked to get rid of its dangerous dictator, is now threatened by a previously unheard of Islamic entity of horrendous brutality; for example, Afghanistan, attacked to clear out the perpetrators of the onslaught on New York’s World Trade Centre in 2001 (none of whom came from there), but now suffering from what we once might have called barbarous armies as never before; for example, the secular state of Syria, governed by a rather nasty family that routinely tortured prisoners, is now in ruins (millions of their citizens fleeing in panic towards a Europe which doesn’t want to be bothered with them), because of U.S. encouragement to incoherent groups of dissidents who thought  they had what it takes to overthrow the ruling family, but who have proven to be woefully inadequate to that task. And so it goes on, everywhere the U.S. feels itself called upon to “defend its interests”, as their current claptrap excuse goes. Even for god’s sake, in the Ukraine, historically part of the Russian sphere of influence, but now being surrounded by NATO forces (for which read “American”), in an effort to unreasonably extend the influence of our so-called democratic values, but which seem to have attached themselves to something more akin to fascism.
Okay, is it any wonder I have maintained my silence on these issues until now? How about the TPP, this extension of our disastrous NAFTA, an alliance of Pacific states designed by the Americans to extend and defend the interests of American corporations, under which, if it ever comes to pass, corporations will have the existence and stature virtually of sovereign states, and be able to sue any State that takes any action that might reduce their profits.  What? Are there actually politicians in this world that are espousing this rubbish?  I am afraid it is so, my dears.
And as for climate change: for years now I have felt one has only to take a trip to Toronto and there watch the ceaseless coming and going of the countless cars that flow along its 401 highway, and to realize that this is multiplied by the thousand in cities around the world, and that this even this is but a fraction of the pressure these cities are putting on the very earth that sustains us, the very water we cannot live without, the very air we breathe, to realize that all hope of ever reducing the carbon we emit that is inevitably warming the earth, is likely to be a false hope. To put it at its least dramatic,  the action of any citizen in recycling his cardboard and paper is unlikely to be enough to turn back this tide of carbon we are emitting with almost every action we take. And that, so far, we can see almost no sign that our world of sovereign States is capable of taking the needed decisions to save us from choking to death.
Is it any wonder I have been silent?


And I haven’t even mentioned over-population, the engine of our impossibilities. A friend recently sent me a series of photographs illustrating to what extent overcrowding has become an issue for most of the world’s poor people. I hope my computer skills are up to transferring those photos on to the end of this, so that anyone who has read thus far can see for him or herself just what is at stake. 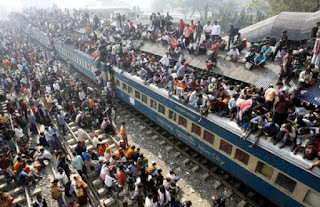 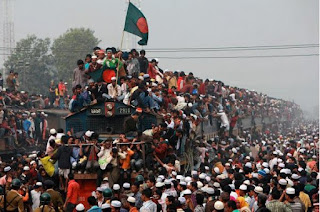 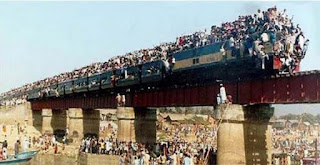 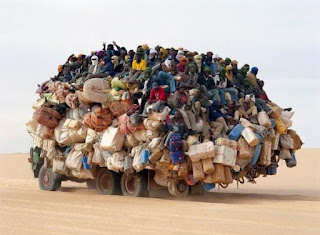 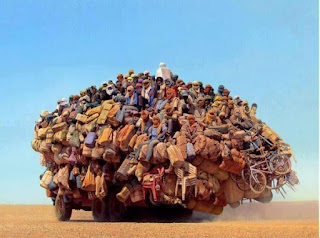 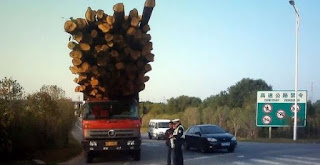 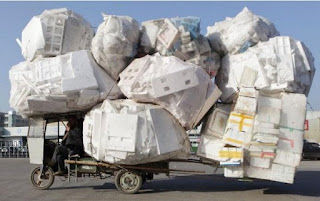